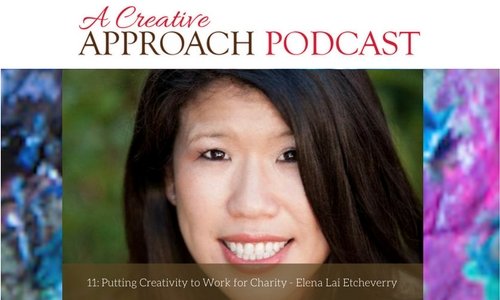 11: Putting Creativity to Work for Charity with Elena Lai Etcheverry

If you’re a creative person with a desire to give something back to your community, you will really enjoy today’s show, with Karen’s bubbly and inspiring guest and long time friend, Elena Lai Etcheverry. Elena is the founder and Executive Director of Charity Wings.org, a Non-Profit Organization and DIY Make-A-Space in Southern California. Listen in today to find out about this wonderful, charitable non-profit, where you can really get creatively involved and also make a difference.

Charity Wings is a huge, open studio, where you can come along and bring your imagination and a desire to create pretty much anything. All the supplies are there for you- the space, the tools, the assistance and the inspiration. Elena and her team want to make sure that everyone has a place to use their creative expression and to have a creative outlet. They have programs for other Non-Profits as well, where they offer either free or very low-cost classes for people with mental disabilities, wounded warriors, cancer support groups and various children’s and adult groups. Everyone has a place at the centre.

There is a small fee of $20 per month for you to become a member of Charity Wings. This fee supports the programs and allows Charity Wings Art Center to keep running, so even if you aren’t able to go there and use the space as often as you would like to, or if you live elsewhere, your contribution will still be making it possible for other, often less fortunate individuals to do so. If you are a member and you’d like to use the space, you can do it for only $5 per day. Listen in to find out more about Charity Wings and to find out how you can get involved.

Today, Elena talks to Karen about: 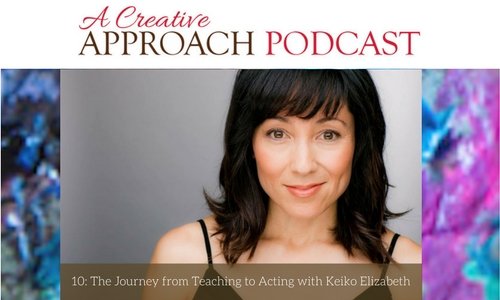