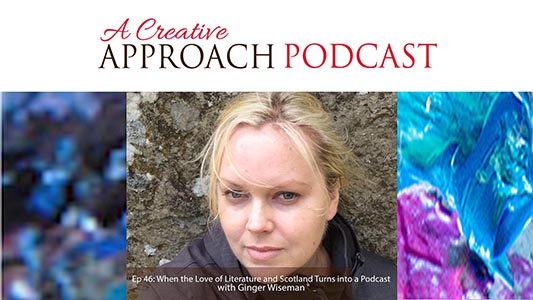 Ep 46: When the Love of Literature and Scotland Turns into a Podcast with Ginger Wiseman

Ginger Wiseman is one of the co-hosts (with her sister) Summer Reynolds, of The Outlander Podcast. She has a great story of how her love of the books and then the series, and a passion for Scotland, led them to create a podcast for fans. I always have a great deal of fun learning about how my guests found their creative niche. Today is no exception.

● We learn about Ginger’s story and what got her and her sister, Summer into hosting two podcasts.

● How the two sisters connected over literature through the years and how that strengthened their love of the written word in multiple languages.

● She discusses her love of the Outlander series and the events that led to the creation of their fandom podcast.

● Ginger shared what led her and her sister to create The All Souls Podcast and how that helped them broaden their horizons with fans, friends, and travel.

● She shares how she was able to get involved with ComicCon working in press and the benefits that have helped her grow her shows and gain more visibility.

● Ginger shared more about The All Souls Con event and that she follows the book releases and shows coming out with the international networks.

● The sisters planned for the long haul as the main character had not yet been cast.

● Ginger shares how she was able to plan out the podcast episodes in alignment with the books and episodes for content.

● She noticed early on that there was a random invitation to join for an after-show. She felt that guests found more value when they did a live video in their private FB group after-show right after the episode ends.

● Having a sponsor never changed their content, schedule or format.

● She felt empowered to have a podcast through her exploration of what other podcast hosts were offering and her love of the dramatic arts growing up.

● She shares her journey with her sister to Scotland and how they created a group experience trip they do yearly.

Ginger says, “While everyone has their own talents or abilities that they’ve honed, whatever it is that you feel, even if you’re not doing it professionally, whatever it is that you feel is a great outlet for you creatively.[SIC] Being creative must be intentional. It’s important if you are creative that you have to make time for those things. It is needed and a very important part of life.” 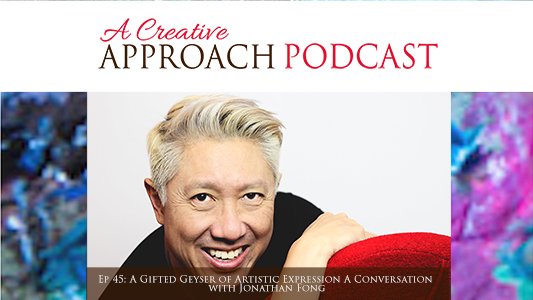